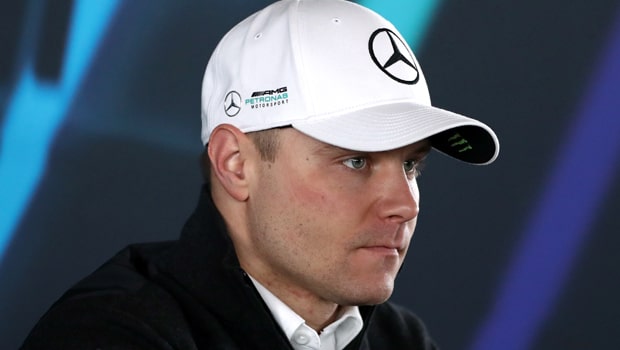 Valtteri Bottas admits he produced the best performance of his career to win the Australian Grand Prix at Albert Park on Sunday.

The Finn made the perfect start to the 2019 season as he claimed the victory, as well as the bonus point for the fastest lap, after finishing well ahead of teammate Lewis Hamilton.

The Mercedes duo set the standard in week one, with Red Bull’s Max Verstappen finishing best of the rest in third.

Bottas finished a distant third in the Drivers’ Championship last year after failing to win a race, but he turned that around in the season opener, beating Hamilton by over 20 seconds in Melbourne.

Mercedes confirmed after the race that Hamilton’s car was damaged, while Sebastian Vettel was bemused by Ferrari’s lack of pace.

The German finished fourth ahead of team-mate Charles Leclerc but the weekend belonged to Bottas who admits he enjoyed every second of the race in Melbourne. “It was definitely my best race ever,” Bottas told Sky Sports.

“I’ve never had a race like this with such a lead. I just had a really good feeling with the car today.

“I could’ve gone quicker in qualifying and in the end I couldn’t but Lewis could, but overall it’s today that matters.

“Your brain tricks you and says it’s easy, but it isn’t. there are so many things that can go wrong especially when you have that gap with you team-mate.

“For sure it’s not easy, what I have personally if you have big goals and you definitely fail to achieve those and you’re way behind, it’s difficult; for your performance level to come back from that it took time.

Over Christmas and new year I wasn’t feeling good at all, but in January I began to feel better and started to get back on it.”

Despite finishing second, Hamilton is the 1.95 favourite to win the World Championship, with Vettel at 3.50 and Bottas at 6.50.