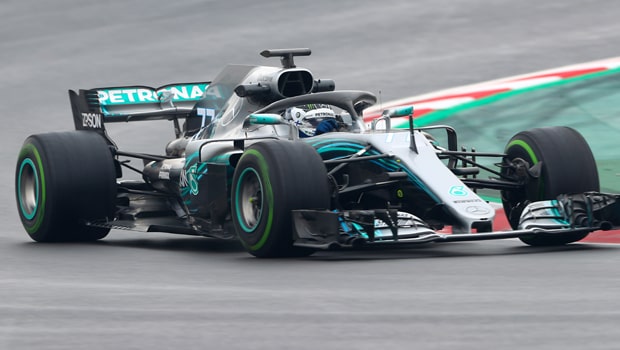 Mercedes boss Toto Wolff is confident Valtteri Bottas will emerge as a “stronger challenger” in next season’s Formula 1 Championship.

Bottas won three races in 2017 but has failed to add to that tally during his second year with the Brackley-based marque and sits third in the drivers’ standings.

Mercedes team-mate Leis Hamilton has, once again, dominated proceedings and is 67 points clear of Ferrari’s Sebastian Vettel at the top of the table.

The British flyer has benefitted from team orders at times, with Bottas on course to win in Russia before being ordered to let the four-time champion past.

And Wolff feels it is inevitable that giving up victories will take its toll on a driver in the high-octane sport.

“I think we have to remind ourselves that for a race driver who is channelling all his efforts into winning races and the championship, if you take that ability away from him, it would automatically cause a little bit of a mental setback,” he said.

The Finnish ace has stated that he has not been bothered by the team instructions and Wolff believes that the 29-year-old former Williams driver will benefit for the experience.

“I think Valtteri will get many more victories in his life and will go into his third season with Mercedes next year and will make another step,” he added.

“He will have learnt and improved and exceed himself as a strong challenger for the championship. That’s exactly what we want. That will come.”

Hamilton seems virtually assured of the title and is therefore 1.01 to claim the spoils while Vettel van be backed at 10.00 to bridge the gap and take the honours.