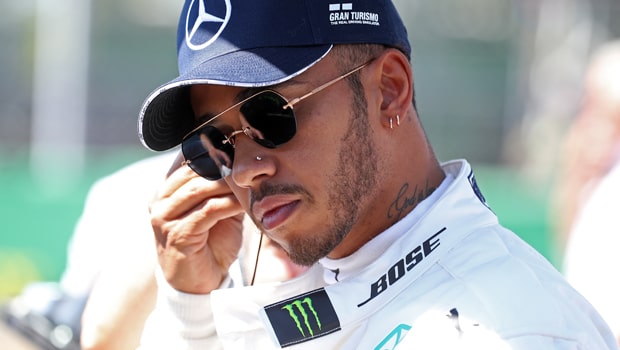 Lewis Hamilton insists he is fully focused on this weekend’s Singapore Grand Prix and feels Mercedes are in decent shape to take the chequered flag.

The British flyer heads to the Marina Bay Street Circuit sitting pretty at the top of the Drivers’ Championship, with a 30-point lead over Ferrari’s Sebastian Vettel.

Kimi Raikkonen and Valtteri Bottas are next in the standings but way behind the leading duo and it does look like a two-horse race for the 2018 title.

Hamilton appears to have all the momentum after winning the Italian Grand Prix last time out and he seems upbeat about his chances of landing the spoils.

“This street circuit is incredible. This year, the car is better than it was,” he said.

“In previous years, it has been really, really tough here for us. Ferrari and other teams have been particularly quick. “I’m really hopeful that this weekend, we can have more of a fight.”

Both Hamilton and Bottas have been taking part in sponsors events in the build-up to the race but the four-time F1 champion made it clear it will have no bearing on his performance this weekend.

“There’s a lot going on in the outside world for me,” he added.

“But there’s not a single moment while I have those other things going on that I’m not thinking about racing, about the championship, and how I want to arrive, knowing that we’re coming to a difficult race that you need to bring a lot more to.”

Hamilton is 4.20 to win the Singapore GP while Vettel can be backed at 2.20 to add another victory his record and cut the lead at the top of the standings.