F1: Lewis Hamilton not giving up on title bid 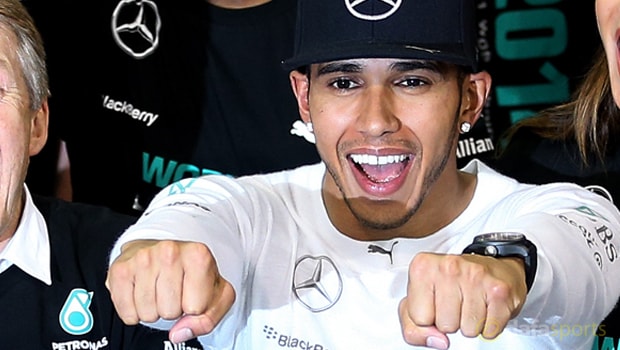 Lewis Hamilton says he is not giving up on his dreams of winning a third straight Drivers’ Championship, despite facing “pretty impossible odds”.

Victories in the USA, Mexico and Brazil have helped him close the gap between himself and team-mate Nico Rosberg to 12 points heading into the final race of the season this weekend in Abu Dhabi.

However, another victory may not be enough, with Rosberg knowing that a third place finish will see him win the title, even if his colleague takes the chequered flag.

2016 has been a difficult year for Hamilton, with reliability issues plaguing him throughout the campaign.

It means he is 4.33 to retain the Drivers’ Championship with Dafabet, while his team-mate is the 1.20 favourite.

The 31-year-old admits the odds are stacked against him in his bid for a fourth career title, but insists he has not lost hope ahead of this weekend’s action at the Yas Marina Circuit.

“It’s not been a perfect season and I’m faced with pretty impossible odds no matter what I do this weekend,” said Hamilton.

“I can’t and won’t give up. You never know what might happen, however unlikely it may seem. “Whatever happens, I’m proud of everyone who’s been a part of the success we’ve shared over the years.

“I’m approaching this weekend the same as I do every race. I want to win and I’ll give it everything to finish the season on a high.”

Hamilton is 1.67 to win the Abu Dhabi GP, with Rosberg 3.10, while the Red Bull duo of Daniel Ricciardo and Max Verstappen are both 13.00.