F1: Kevin Magnussen out to prove worth at Renault 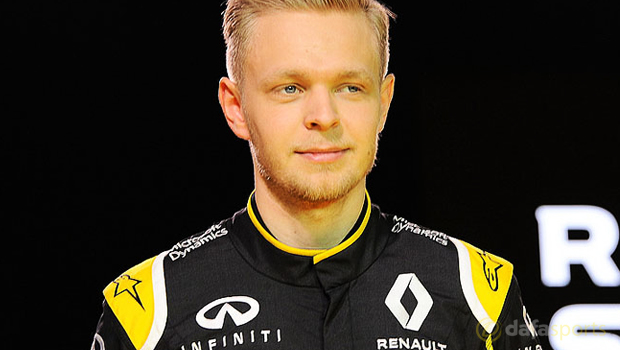 Kevin Magnussen is looking to prove a point to McLaren after being handed a route back into Formula One with Renault in the 2016 campaign.

The 23-year-old Danish driver looked set to be without a team this year after being dropped by McLaren following the end of the 2015 season, with the Woking-based outfit promoting GP2 champion Stoffel Vandoorne to reserve driver behind Fernando Alonso and Jenson Button.

However, with Renault bringing a works team back into the sport for 2016, Magnussen was unveiled as one of the drivers, alongside Briton Jolyon Palmer at their launch event in Paris on Wednesday.

Magnussen’s break came about after Renault had to end Venezuelan driver Pastor Maldonado’s contract when his backers fell behind with payments.

He is now looking forward to being a first-choice driver with an established constructor, while he is also aiming to prove McLaren’s bosses wrong for axing him.

Magnussen told Sky Sports News HQ: “It’s an incredible feeling and it means so much. It’s not only a Formula 1 drive but it’s a top drive.

“Renault Sport will be fighting for world championships in the future, it might have a build-up phase, but they’re here to win and that’s a goal I share. I can’t believe I’m now a part of it.”

He added: “Hopefully I’ll prove many points. I’m extremely motivated after a whole year away.

“I’ve been sitting on the sideline during the races for so many weekends and I’m hungry to come back and prove my worth. I’ve raced my whole life and I’m extremely hungry and keen to get in a race car again and even more so with Renault Sport.”

Magnussen is 251.00 to win the 2016 Drivers Championship, while reigning champion Lewis Hamilton is 1.53 favourite to make it three successive titles for Mercedes.