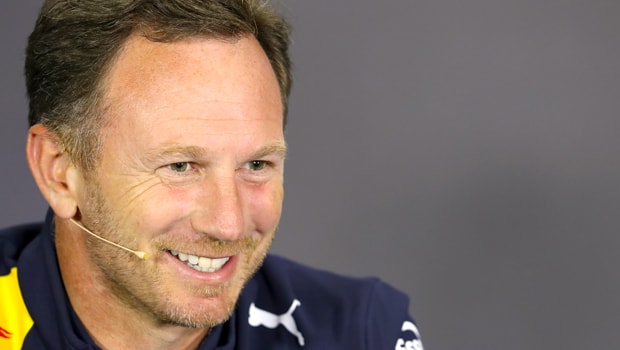 Red Bull boss Christian Horner believes the expected hot temperatures could have a major say in this weekend’s British Grand Prix at Silverstone.

The United Kingdom has been basking in soaring heat for over two weeks now and there doesn’t appear to be any sign of the heatwave stopping any time soon.

Forecasts suggest the conditions could get even hotter this weekend, touching 30C-plus, and it could have a huge bearing on the British GP in Northamptonshire.

It is going to be a real challenge for all the teams to maintain their tyres throughout the weekend and having rock-solid tactics will be crucial in coming out on top at Silverstone.

Mercedes made a huge blunder in Austria last time out after Lewis Hamilton didn’t have enough fuel to complete the race.

His retirement dropped him down into second place in the World Championship standings, one point behind Ferrari’s Sebastian Vettel.

The Brit is aiming for a record sixth British GP win on Sunday – it would also be his fifth in a row – having dominated his home race for nearly a decade now.

Horner expects the Silver Arrows to be a force to be reckoned with this weekend although the Red Bull team boss believes the high temperatures will play a huge part.

“I think they [Mercedes] will be very strong at Silverstone but… we see these tyres are pretty sensitive to heat and that could be an interesting variable that’s thrown into the mix,” he said.

Could this year be extremely hot?” Hamilton is the firm 1.80 favourite to win Sunday’s race, Vettel is priced at 4.75, while Austria winner Max Verstappen is a 7.00 chance to strike for Red Bull again.