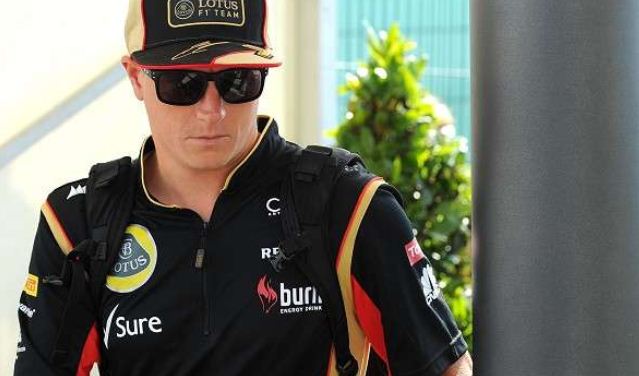 Webber has confirmed he will leave Red Bull and Formula 1 at the end of the current season and Horner initially stated Daniel Ricciardo and Jean-Eric Vergne, of sister team Toro Rosso, and Raikkonen were on the shortlist to replace the Australian veteran.

It would now seem as if Vergne has been ruled out of the equation as when asked if the battle for the vacant Red Bull seat was now a straight race between Raikkonen and Ricciardo, Horner told Sky Sports: “Essentially, probably.”

The fact that Red Bull have added Ricciardo to their line-up for the Young Driver Test at Silverstone this week had been interpreted as an indication that the Australian was the leading contender to replace his compatriot, but Horner has suggested Raikkonen is his top choice.

“Kimi’s track record speaks for itself and he’s a Championship contender as we speak,” he added.

“We’re in a fortunate position in that not only are we attracting fantastic drivers like Kimi but we’ve also got the opportunity to look at the drivers we have been nurturing in the likes of Daniel.

“We get paid based on where we are in the Constructors’ Championship so therefore we want the fastest and best drivers we can get in the car. We’ll take our time to make sure that whoever fills Mark’s shoes – and they are big shoes to fill – is the right choice for the team.”

Raikkonen is out of contract at the end of the current season but Lotus are keen to keep hold of the Finn, who is currently third in the drivers’ standings.

However, should Red Bull make a move for Raikkonen there is little Lotus can do to prevent an exit due to his contract situation.