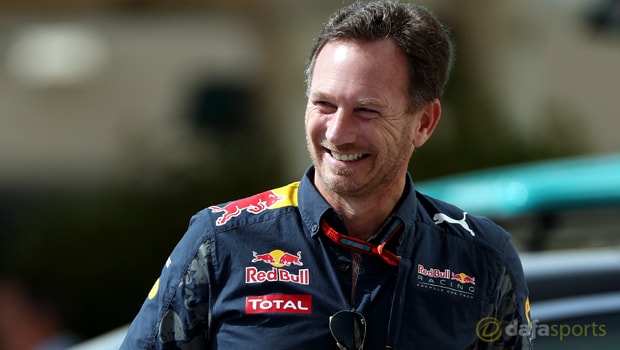 Christian Horner is confident Red Bull will be able to make up the ground between themselves and their rivals before the end of the year.

The Milton Keynes outfit have struggled to match Mercedes and Ferrari so far this season, with Max Verstappen and Daniel Ricciardo fifth and sixth in the standings respectively, having both had a retirement each.

After a fortnight off after Bahrain, which was followed by in-season testing at Sakhir, the teams resume battle this weekend in Russia.

World champion Nico Rosberg won last year in Sochi and it is his former Mercedes team-mate Lewis Hamilton who currently leads the betting to take the world title in 2017 at 1.85, with Championship leader Sebastian Vettel 2.15.

Red Bull could start to feature more as the season goes on though, having improved throughout the 2016 campaign to finish ahead of the Scuderia.

Horner admits they always knew the RB13 could initially struggle to match their rivals’ cars but like last year, believes there is room for improvement.

The 43-year-old is positive that his team are heading in the right direction and has no doubts that their work behind the scenes will enable them to cut the gap on their rivals.

He said: “Last year, we managed to develop the car quite successfully and finish up ahead of Ferrari, winning a couple of races along the way.

We’re confident we have a good basis of a car in the RB13.

“The operating window of the car is pretty narrow and it will be a constant evolution and development throughout the season.”