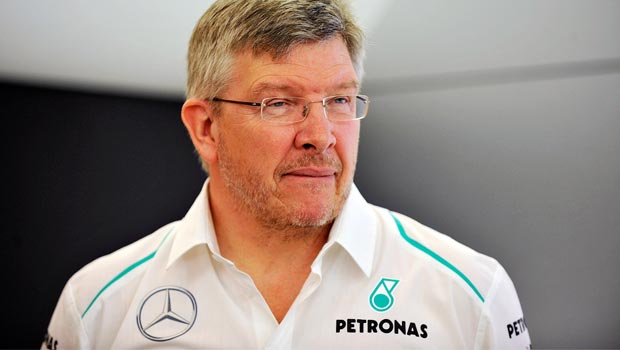 Mercedes have confirmed team principal Ross Brawn will leave the Silver Arrows at the end of the year.

Speculation has been mounting over Brawn’s future for the last few months but Mercedes have now confirmed he will leave with leadership of the team being handed over to Executive Director (Business) Toto Wolff and Executive Director (Technical) Paddy Lowe.

Brawn has been heavily linked with McLaren and Williams, while a sensational return to Ferrari has also been suggested after he was spotted in talks with Stefano Domenicali at the Brazilian Grand Prix.

A role with the FIA has been mooted but Brawn is giving nothing away about what the future holds.

“The most important consideration in my decision to step down from the role as team principal was to ensure that the timing was right for the team in order to ensure its future success,” Brawn said.

“The succession planning process that we have implemented during this year means we are now ready to conduct the transition from my current responsibilities to a new leadership team composed of Toto and Paddy.

“However, 2014 will mark the beginning of a new era in the sport. We therefore felt this was the right time to simultaneously begin a new era of team management to ensure that the organisation is in the strongest possible competitive position for the years to come.

“We can take pride not just in our on-track achievements but also in the organisation we have built at Brackley. In its different guises over the past six seasons, this team has delivered some of the most memorable moments of my career. Our second place in this season’s Constructors’ Championship is an important milestone on the road to championship success.

“I am confident that the future will hold just as much success for the team and will take real pride in having played my own part in those achievements.”