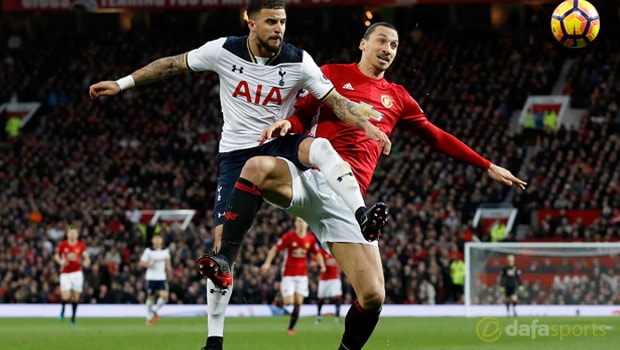 Zlatan Ibrahimovic wants to see a more ruthless version of Manchester United in order to secure the results he feels their performances deserve.

The Swede believes United have not been getting the results they merit this season. Costly mistakes and a failure to make their chances count are reasons for the failings, says the former Paris Saint-Germain striker.

The Red Devils are comfortably the lowest scorers amongst the Premier League’s top six clubs – with a return of just 19 goals from 14 games so far.

Jose Mourinho’s side have drawn a league joint-high of six games so far and Ibrahimovic knows where they need to improve ahead of a clash with fifth-placed Spurs at Old Trafford on Sunday.

“We have created many chances and sometimes you win 1-0 also,” Ibrahimovic said. “But you need to close [the game] at 1-0.

“It hasn’t happened yet, but we are working hard. We have learned now that we have to score more than one goal to get the three points.

“We want to kill every game we play. But as long as you create the chances you will score.” United have managed to win only one of their last eight games in the league.

That sees them trail Spurs by six points already. Losing more ground on the top four would leave them facing a real battle to catch up.

Ibrahimovic feels they have deserved better from some of their recent outings and the 35-year-old is targeting a morale-boosting run over the busy festive programme that’s coming up.

“I think we are performing very good,” he said. “The team has got a good balance, we have had some unlucky games. “Some games we made simple mistakes to concede a goal, but most of our game is good.

“So if we can just get a couple of wins in a row it would give us even more confidence.”

United are 2.20 to defeat Spurs at Old Trafford, with Ibrahimovic 4.50 to score the opening goal.