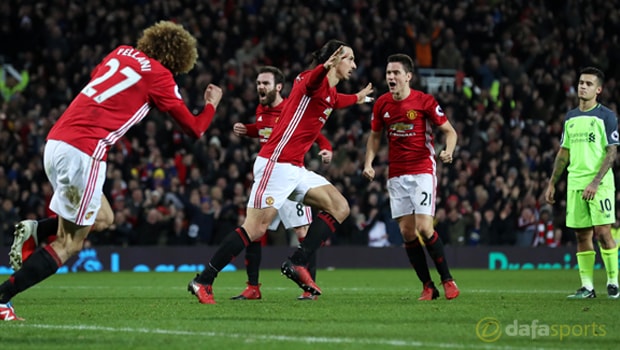 The Red Devils made too many ‘simple mistakes’ in the first half according to the Swede, who headed home six minutes from full time to cancel out James Milner’s first-half penalty for the Merseysiders.

According to Ibrahimovic, United’s approach in the first half was wrong. Liverpool boss Jurgen Klopp took a swipe at the hosts for playing long ball football, but the United forward felt his side should have been more direct from the outset.

“We made simple mistakes. We were not feeling comfortable under pressure and I think we played the wrong way,” said Ibrahimovic.

“If we would have played like we did in the second half in the first half, it would have been a different game.

“We were more direct in the second half. We made too many mistakes in our build-up in the first half.”

The draw leaves United in sixth place, five points behind Liverpool in third and 12 adrift of table-toppers Chelsea.

Ibrahimovic continues to thrive for the Red Devils, his goal against Liverpool having taken his tally to 19 goals from 29 appearances so far.

Despite their failure to win against Liverpool, the veteran forward was happy to continue their unbeaten run, which now stands at 16 games in all competitions.

“We would have liked to win, of course, to close the gap even more, but we haven’t lost a game for a long time,” he added.

Ibrahimovic is 3.60 to finish this season as leading goalscorer in the Premier League.