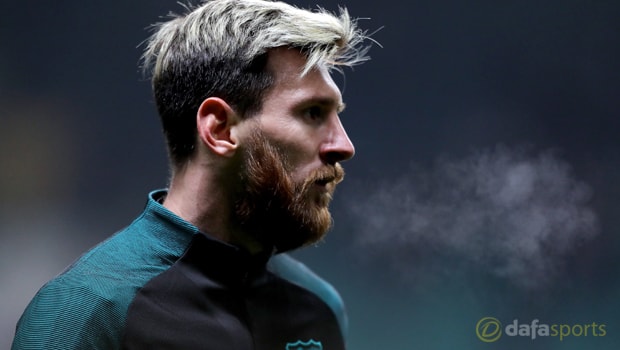 The Argentine’s current deal at Barcelona has just 18 months left to run and Bartomeu is in no mood to consider that the player could leave Camp Nou.

It has been a trying week for Barcelona after the club demoted director Pere Gratacos for saying Messi would not be the player he is without his Barcelona team-mates.

CEO Oscar Grau had also generated intrigue by suggesting Barca needed to use ‘common sense’ when discussing a new contract for their all-time top scorer.

Bartomeu is of a much different mind it appears when it comes to Messi, who scored for the seventh game in a row as the champions thrashed Las Palmas 5-0 in La Liga on Saturday.

“We want Leo to stay here, we want him to renew with us and he’s very important for the club and for Barca,” Bartomeu told Catalan network TV3.

“We’re working hard on it and when two people want the same thing there’s always a happy ending.”

Any updates on Messi’s contract situation will be communicated as and when they become available according to Bartomeu, who stressed the club always conduct their business with discretion.

But he has warned any potential suitors for the 29-year-old wizard that they face a severe challenge in attempting to prize him away from Barcelona.

“I can’t explain the details but we’re speaking with his people. He’s the best player in the world, we want him to stay here and so does he.

He’s very happy at Barcelona. It’s an indispensable matter for us,” Bartomeu added.

Barca are 4.20 to win this season’s Champions League, while La Liga leaders Real Madrid are 5.50.