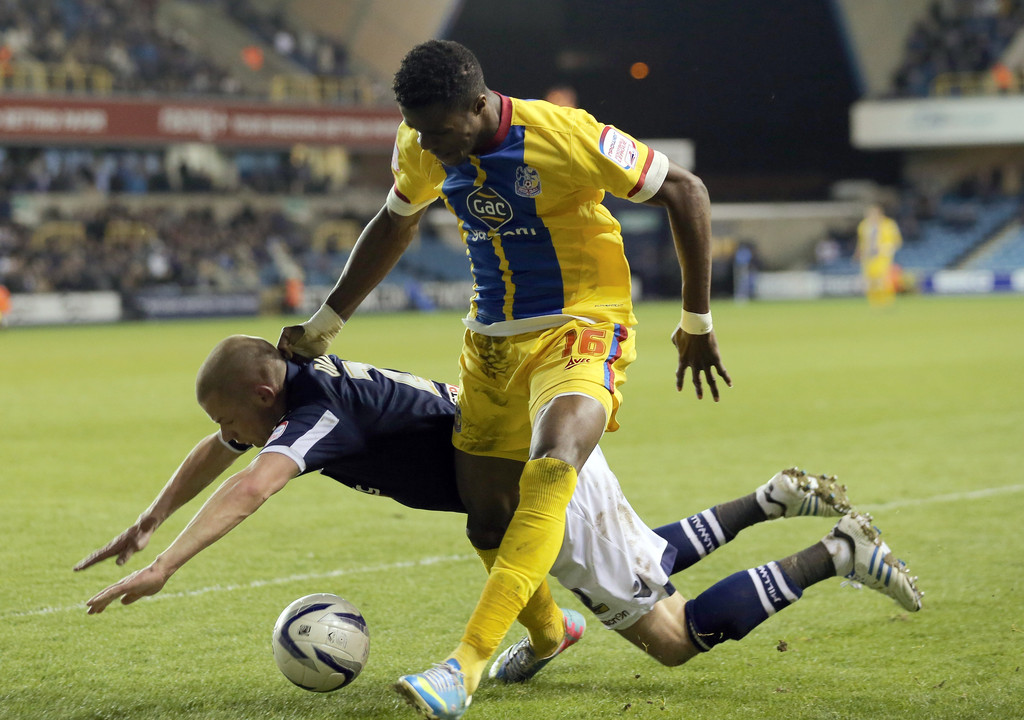 The future Manchester United striker netted two goals in a span of 18 minutes to set a date against Watford at Wembley Stadium on May 27.

Both sides had good chances to grab the lead, with both keepers needing to produce their best performances until Zaha broke the deadlock on 70 minutes.

The 20-year-old beat his marker and was on the receiving end of a Yannick Bolasie cross to head past Tomasz Kuszczak and give the visitors the lead.

He then put the tie to bed as his strike hit the roof of the net to give  them the 2-0 aggregate victory.

Speaking after the game, Zaha expressed his delight in giving Crystal Palace a shot at heading into the Premier League.

“I can’t explain it I’m just glad. We’re going to Wembley, I’ve got no words to express how I feel right now,” he said.

“It means the world to me, I’ve played for Palace for 10 years so doing this for Palace is just perfect for when I leave.

“I’m just happy I scored, I wanted to finish one of my finishing games really strongly and getting two goals is just a dream for me.”

Manager Ian Holloway added: “I said a couple of weeks ago we’d turned the corner and that’s six undefeated, two wins. We came to this place, everybody said we didn’t have a chance. How proud am I of these people and for them [Palace fans].

“We’ve got a chance to go to Wembley now and take on Watford, and who says we can’t do that as well?