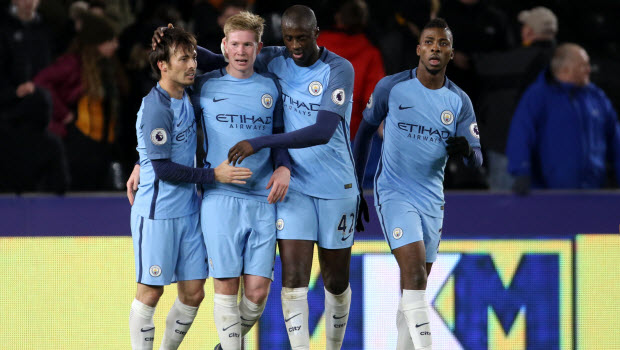 Yaya Toure admits he is enjoying his football again after returning to the Manchester City fold over recent weeks.

The former Ivory Coast international appeared to be on his way out of the Etihad Stadium after being frozen out of the first-team picture by boss Pepe Guardiola during the opening months of the campaign.

The 33-year-old only returned to action during last month’s 2-1 victory over Crystal Palace and marked his return by scoring both City goals during the match.

The former Barcelona ace has now re-established himself as an integral part of the City squad, scoring his third goal of the season during Monday’s 3-0 triumph over Hull at the KCOM Stadium, and admits he is pleased to be back.

“I look like a kid, just enjoying playing football and helping my team-mates and the fans. It’s very important to me,” Toure said.

The midfielder, who has won two Premier League titles during his time in Manchester, is now hoping to help his side claim another league triumph this term although he admits it will be hard to catch leaders Chelsea, who are currently seven points clear of the Citizens.

“I’m used to winning Premier Leagues, and I think it’s second two times, and I want to win another,” he added.

“I know it’s going to be tough but we have to keep going because Chelsea are very good this year.” City are next in action when they take on title rivals Liverpool at Anfield on New Year’s Eve.