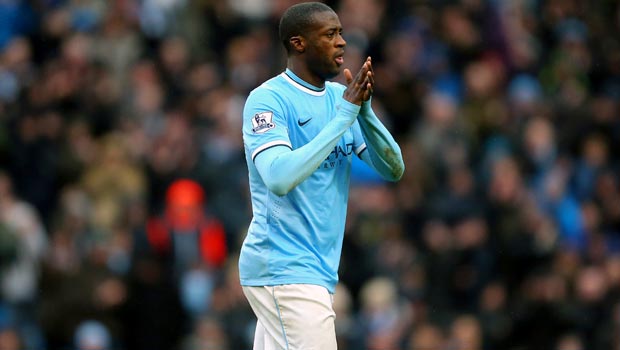 Yaya Toure is confident Manchester City will be ready for Sunday’s Community Shield clash with Arsenal ahead of a tough season.

City boss Manuel Pellegrini has added Bacary Sagna, Fernando, Frank Lampard and Willy Caballero to his squad this summer as he looks to add more trophies to the club’s collection.

The Citizens, 3.25 to win the Premier League, were able to just beat Liverpool to the title last season to secure their second league win in three seasons.

Toure is now hoping to help City win consecutive league titles for the first time in the club’s history but admits it is going to be a tough ask.

In their first six games they take on the likes of Liverpool, Chelsea, Newcastle and Arsenal, and Toure is hoping they can come through a tricky patch in their quest for more glory.

He told the club’s official website: “It’s good to be back – I’m really looking forward to the season now. It’s going to be very tough but I think it’s going to be a very exciting season.

“All of the lads have been coming back at different times because of the World Cup, so it is going to be very tough for us to hit our top form straightaway but we are professional and I believe that we will – starting on Sunday.

“It’s a really interesting way to start the season – the Community Shield against a top team like Arsenal at Wembley and, even though we have only just started to train together as a full squad, we will be ready.

“We know how difficult the Premier League is but all of the guys have full focus and want to produce another exciting year for the supporters of this great club.”