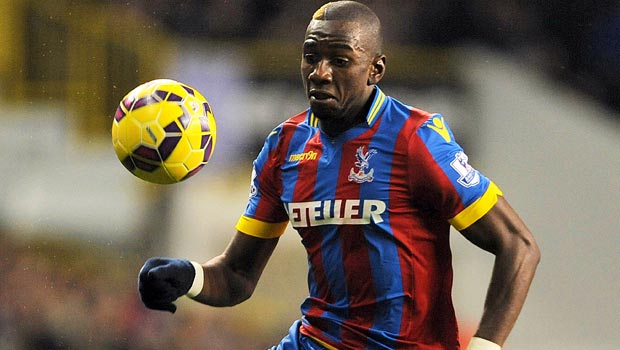 Yannick Bolasie believes he has benefitted from playing in the African Cup of Nations and is now looking to drive Crystal Palace on to success over the rest of the season.

The 25-year-old joined the Eagles from Bristol City in 2012 and has made 93 Premier League appearances for Palace, scoring four goals in the process.

The French-born winger plays his international football for DR Congo and he was part of the side that finished third in the recent African showpiece.

The former Plymouth Argyle star only arrived back from Equatorial Guinea on Tuesday but he came on to deliver the cross for Fraizer Campbell to score the equaliser in a 1-1 draw with Newcastle 24 hours later.

Bolasie recently became a father for the second time and, despite a nomadic existence in the early part of his career, now appears settled in London.

And the talented wide man feels he has matured as a person and a player over the past few months and is ready for the challenges ahead.

“I think I have grown as a player from being away,” he said. I experienced a lot of stuff and obviously the pressure of playing for the country.

“Obviously, there is pressure when I play at Palace as well but this helped me as a player. I know how to cope with things better now.”

Palace are now four points clear of the relegation zone and attention will turn to the FA Cup at the weekend when Liverpool visit Selhurst Park.

And Bolasie admits that he and his team-mates will be fully focussed on getting a positive result despite their ongoing battle to stay in the top division.

“It would be nice to get to Wembley and I think it would be nice for the fans as well,” he added. “It’s something we’ve got to take seriously as well.”