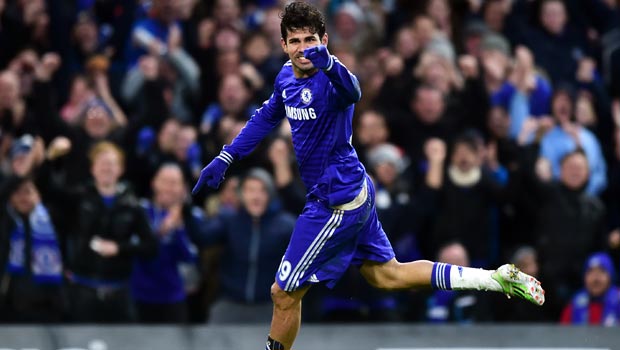 Chelsea striker Diego Costa feels his record proves that he is not a dirty player and believes he has to be physical to look after himself in the Premier League.

The 26-year-old has just served a three-match ban for stamping on Liverpool’s Emre Can in their Capital One Cup semi-final last month.

He denied the charge but was found guilty and missed the games against Manchester City, Aston Villa and Everton.

The Blues managed two wins and a draw in his absence to sit seven points clear of City at the top of the standings and they are next in top-flight action against Burnley on February 21.

Costa will doubtless be in the side to face the Clarets and will be looking to get back on the score sheet and keep out of the referee’s note book.

But the Brazil-born Spain international refuses to accept that he is nasty player and feels he plays the game hard but fair.

“My challenges are strong but noble at the same time,” he told Sport magazine. “Check my records, you’ll find I’ve never caused a bad injury to a player.”

Chelsea are 1.18 favourites to beat Burnley, who can be backed at 13.25, but before the two sides do battle there is the small matter of a Champions League last-16 clash with Paris Saint-Germain for the Blues to negotiate.

Costa believes that he would get more protection playing in Europe than he does in England and says he has to use his size and strength just to compete with the opposition’s rearguard.

“I am getting used to getting kicked more than before,” he added. “In England, the referees don’t call many fouls, as opposed to Spanish football.

“Consequently, you must be really strong all through the 90 minutes.”