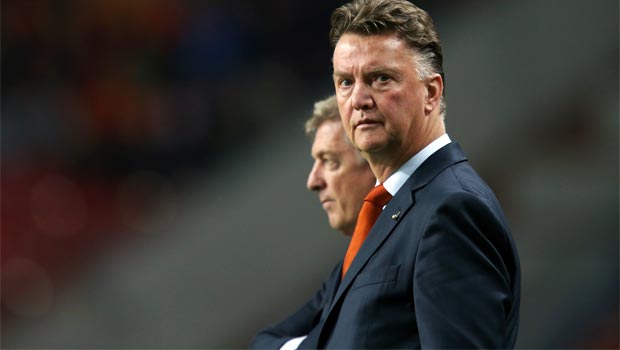 Louis van Gaal has confirmed that he will step down as Netherlands coach after this summer’s World Cup in Brazil and hinted he will take up a “new challenge” – possibly with Tottenham in the Premier League.

The 62-year-old Dutch tactician had been linked with the managerial position at White Hart Lane when Andre Villas-Boas departed the club in mid-December.

However, the former Barcelona and Bayern Munich boss wanted to see out the World Cup with his homeland, having master-minded their qualification for the tournament, and Tim Sherwood was subsequently given the Tottenham HotSpurs job on an 18-month deal.

His task was to try and guide the north Londoners to Champions League qualification via a top-four finish and despite some positive results under his guidance, Spurs slipped six points off fourth-placed Liverpool after Sunday’s 1-0 defeat at Norwich City.

Van Gaal’s revelation that he would like to try his hand at Premier League management seems to have been perfectly timed as Spurs bosses will no doubt want Champions League qualification next season if they fail this time around.

“I will definitely not be in charge (of the Netherlands) for the Euro 2016 qualification campaign. I don’t know where I will go next,” Van Gaal is quoted by the Guardian.

“Normally I go with my pension and go to live in Portugal, but maybe there will come a new challenge.

“I have said before that a challenge should be a club in the Premier League. That’s a challenge.

“Maybe Tottenham are coming but, first, we have to go to Brazil.”

He added: “I am mostly interested in England because I have been a coach in Spain, Germany, in the Netherlands, so I think England is the next step in my career.

“It could be another club (other than Spurs), it depends on the vacancies because Spurs were already in touch with me.”

Spurs are next in action on Thursday in the Europa League round of 32 where they must overturn a 1-0 first-leg deficit against Ukrainian side Dnipro at White Hart Lane.

The Londoners are currently 10.00 to win the trophy at the end of the season.