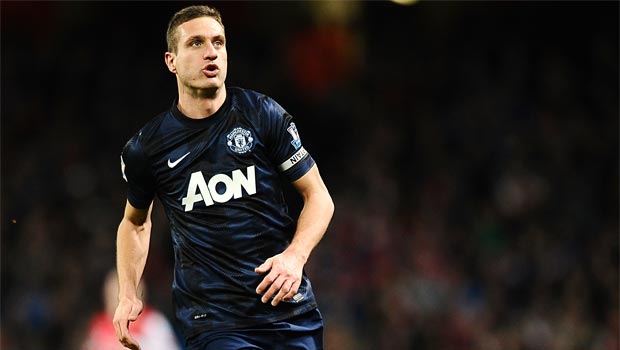 Nemanja Vidic believes Manchester United “can do something special in the Champions League” this season as he looks to leave Old Trafford with a winner’s medal.

The 32-year-old Serbian defender, who will be out of contract with the Red Devils in the summer, has already agreed a deal with Italian outfit Inter Milan for next season.

And while Vidic, who has spent eight years at the club after signing from Spartak Moscow for £7million in January 2006, knows he will not bring the curtain down on his Manchester United career with another Premier League medal, he is confident they can triumph in Europe.

David Moyes’ men travel to face Greek outfit Olympiakos in Athens on Tuesday night for a last-16, first-leg clash and Vidic feels the side have all the attributes required to do well in Europe.

“I believe we can do something special in the Champions League,” Vidic told ESPN. “I really do.

“If we play solid, keep our shape, I think we will be a hard team to beat. We always have people who can score goals and that is the way you play in the Champions League – be hard to beat, but be able to score.”

United might have to win the Champions League to be certain of playing in the tournament next season as they currently sit 11 points adrift of fourth-placed Liverpool in the Premier League.

They go to Greece waiting to see if centre-backs Jonny Evans and Phil Jones and also right-back Rafael can shake off the knocks which forced them to miss Saturday evening’s 2-0 win at Crystal Palace.

However, winger Nani is definitely out of the game because of a hamstring problem and Juan Mata is ineligible because he played in the group stages with Chelsea.