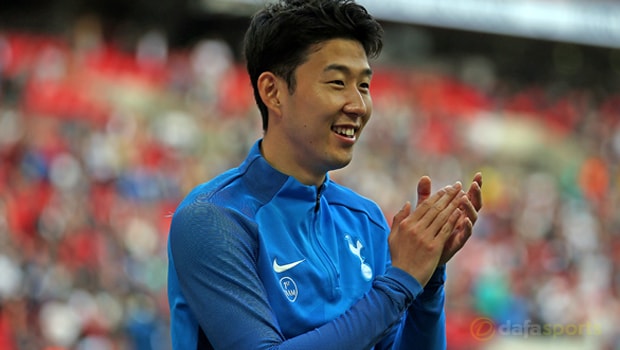 Tottenham forward Son Heung-min has urged South Korea’s experienced players to inspire the younger members of the squad at this summer’s 2018 World Cup.

Son will make his second appearance at the World Cup finals in Russia this summer and he stands out as one of South Korea’s most experienced players.

The likes of Ki Sung-yeung and Lee Chung-yong have also been named in Shin Tae-yong’s provisional 26-man squad and will be required to step up when they kick off their World Cup campaign.

South Korea have been drawn in Group F alongside world champions Germany, Sweden and Mexico, with many feeling they could struggle to make it through to the knockout stage.

The 25-year-old believes it is crucial that South Korea’s more experienced players rise to the occasion to provide support for their younger team mates.

Son said: “I hope the players like (Ki) Sung-yeung and (Lee) Chung-yong, who have World Cup experience, can inspire young players.

“I hope young players can do well, but the World Cup is not an easy stage.

“I hope those with World Cup experience can lead the team and create a fabulous sensation at the World Cup.”

The Spurs forward, who netted 12 times in 37 matches domestically in the 2017-18 campaign, has been deployed in a number of attacking positions and insists he is happy to play any role.