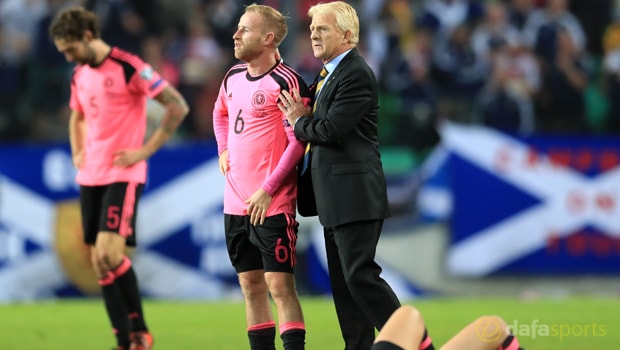 Scotland boss Gordon Strachan believes ‘genetics’ was one of the main reasons they failed to qualify for the next summer’s World Cup in Russia.

The Tartan Army went into their final qualifier in Slovenia on Sunday knowing a victory would secure their place in the play-offs and keep their hopes of reaching a first major finals since 1998 alive.

However, it was not to be for Strachan’s men, as they were held to a 2-2 draw at the Stozice Stadium, meaning they finished third in Group F, behind second-place Slovakia on goal difference.

Strachan has blamed Scotland’s failure to advance through to the play-offs on genetics, believing they are at a physical disadvantage to their rivals.

“What I do know is that, genetically, we’re behind,” the former Celtic boss said in his post-match press conference.

“In the last campaign we were the second smallest, apart from Spain. That means we had to pick a team tonight to try to combat [Slovenia’s] height and strength.

“We knew set plays would be a problem and they scored from two set plays. We can’t change genetics.”

The 60-year-old, who has been in charge of Scotland since 2013, also refused to be drawn on his own future.

He added: “I’m the last person to be thinking about right now. The players, staff, fans, family – you want to make sure they’re alright.”