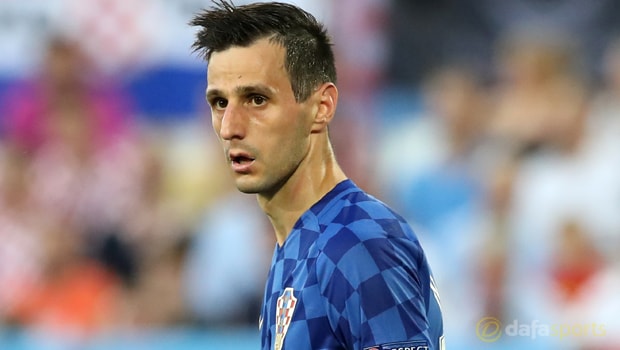 Croatia will be without star forward Nikola Kalinic for their crucial World Cup 2018 qualifiers against Finland and Ukraine.

The striker, who joined AC Milan from Fiorentina over the summer, has an adductor injury and as such is unavailable for Ante Carcic’s side.

Kalinic has two goals in seven qualifiers and his absence comes as a blow to Croatia as they seek a place in the World Cup 2018.

Croatia currently hold top spot in Group I but they still have plenty of work to do to book a place in next year’s tournament in Russia.

Second placed Iceland are level on points with the Croats, while Turkey and Ukraine in third and fourth place respectively are both just two points behind.

Cacic’s men have struggled of late with two defeats in their last three games, in World Cup Qualifier against Iceland and Turkey, but at home they are in good form with three successive victories – keeping clean sheets in all three of those games.

The top team qualifies automatically the runner-up is likely to earn a play-off berth, with the eight best second placed teams from the nine groups set to contest the play-offs.

Croatia have a lengthy injury list with Mateo Kovacic, Vedran Corluka, Marko Pjaca, Tin Jedvaj, and Borna Barisic all missing, while Dejna Lovren will miss out against Finland but could return for the meeting with Ukraine.