Posted by Vincent Henderson on October 4, 2017 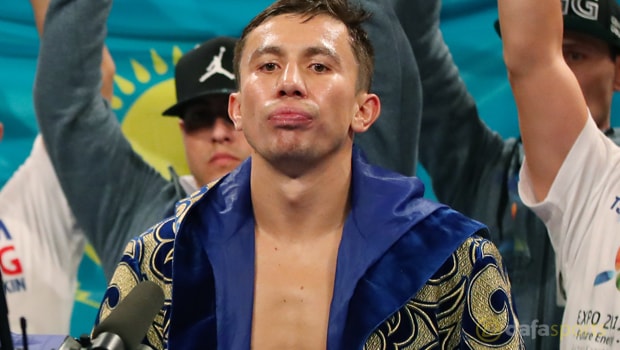 Gennady Golovkin and Saul ‘Canelo’ Alvarez could contest a rematch in May after the WBC ordered a second showdown between the two middleweights.

The pair met in Las Vegas last month in a fight that ended in a controversial draw, with most observers feeling Golovkin had done enough to claim a win on points.

Only one judge scored the fight as a win for the Kazakh however, with one scoring a draw and Adalaide Byrd giving the victory to Mexican Canelo.

Golovkin was the aggressor throughout but Canelo did land some eye-catching blows and both fighters believed they had won at the end.

It now seems as if a rematch will happen but Canelo does have a contentious relationship with the WBC and said in the build-up to the first fight he would not accept their title if he won.

The WBC’s decision aside, the Canelo camp appear open to a rematch and promoters Golden Boy say it is a showdown they want to make happen.

“Regardless of if they did or didn’t order the rematch, we are going to try to make it happen,” said Eric Gomez, the president Golden Boy Promotions.

“We’ll do whatever it takes to make it happen because it’s the fight that the fans want, it’s what the fighters want, and it’s what the media wants.”

The rematch is yet to be confirmed by either camp but it has been suggested the pair could meet on May 5, the Mexican holiday of Cinco de Mayo, next year.

There are a few key fights taking place this month and Anthony Joshua will defend his IBF, IBO and WBA heavyweight titles against Kubrat Pulev in Cardiff on October 28.