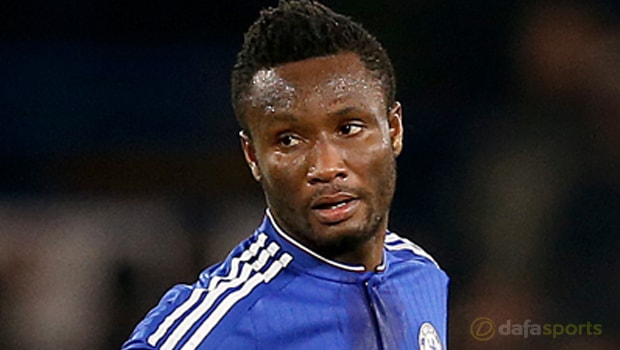 Nigeria captain John Obi Mikel says he and his team-mates are more than happy with their underdog status ahead of the 2018 World Cup in Russia.

Nigeria have been placed in Group D alongside Argentina, Iceland and Croatia.

They are currently ranked 47th in the world rankings by FIFA and are expected to struggle alongside Iceland.

However, the former Chelsea man insists the Super Eagles have a squad that could cause plenty of shocks this summer.

Nigeria will take on DR Congo in their first friendly on Monday before they then face England on June 2 and a further match against Czech Republic just four days later.

They will open their World Cup campaign against Croatia on June 16 and Mikel is adamant his side will silence their critics.

“Honestly, people didn’t expect us to qualify but we are off to Russia and now it’s all about the rankings,” Mikel told BBC Sport.

“When you look at the group I’d say we are more than happy for people to write us off and very happy to be the underdogs.

“It takes the pressure off the shoulders of our young squad and we can go about our World Cup with humility, which is perfectly fine.

“Football is played on the pitch and not by rankings or permutations. We’ve got a blend of experience and a young squad playing without fear but with passion, which is good for us on the road to Russia.”

Nigeria can be backed at odds of 3.30 to qualify from the group, with Argentina the current favourites at odds of 1.60.