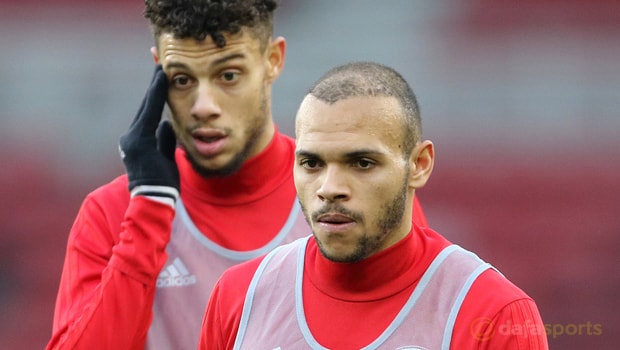 Martin Braithwaite admits he is desperate to make the cut and go to next month’s World Cup with Denmark.

The 26-year-old forward is one of a number of players hoping to do enough to win their spot in the travelling party for Russia.

Denmark manager Age Hareide initially named a 35-man shortlist, and has since trimmed the squad down to 27 names.

However, the provisional squad must be shortened to 23 players by June 4.

Braithwaite spent the second half of last season on loan at Bordeaux from Middlesbrough and the 18-cap international hopes he can do enough to convince Hareide he should be included in this summer’s showpiece. “I have that dream”, he said.

“I see myself running to the Danish fans in the stands, dancing, celebrating with them after scoring my first goal in this World Cup and getting a win.”

Braithwaite was inconsistent at Middlesbrough last term and manager Tony Pulis sent him out on loan after taking over from Aitor Karanka.

Having previously spent four seasons in France with Toulouse, he went back to Ligue 1 with Bordeaux.

After a slow start, he finished the campaign by scoring four goals in five games and has got strong hopes of making the final cut.

“I cannot wait anyway and I’m working hard. I hope we will have a great competition. And me, I’m ready to die to play this World Cup.

It really means a lot. For me, it is a great pride to represent this country,” he added.

Denmark get their World Cup under way on June 16 against Peru before facing France and Australia in Group C. The Danes are 5.25 to win Group C, while France are 1.30.