Jeff Hendrick vows to make most of perfect draw 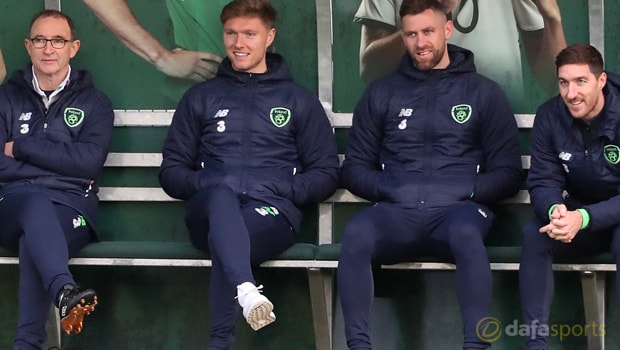 Republic of Ireland midfielder Jeff Hendrick has vowed to make the most of a dream draw in the upcoming two-legged World Cup play-off with Denmark.

Martin O’Neill’s side travel to Copenhagen on Saturday before hosting the Danes on Tuesday in Dublin.

The unseeded Irish could have faced Italy, Croatia or Switzerland following the play-off draw last month but Burnley star Hendrick says it was the draw the squad were keen on. Now he warns they must make the most of it.

“They have the first game at home and they need a good result because they know they will be coming to Dublin with our fans behind us.

We need to play our game in the first leg,” Hendrick told RTE Sport. “We have a good chance.

It’s the draw we hoped for but we need to make sure now that we go and do the business because there is no point doing a favourable draw if you can’t capitalise on it.”

Hendrick played a vital role in creating James McClean’s winning goal in Cardiff last month as Ireland gained the win that saw them leapfrog Wales into the play-offs.

Tottenham’s Christian Eriksen has been touted as the big dangerman for Denmark and while Hendrick is happy to acknowledge the playmaker’s talent, he insists Ireland have no need to fear him.

“Don’t get me wrong. He is a good player. He has got good delivery from set-pieces, he has clever movement, he has done really well,” he told reporters. “But he is only one player.

We have played against better players than him. That is not doing him down. He still has to play his game and he has to stop us as well.

“They play good football, you expect that with some of the players they have. But it’s not anything we’re not used to.

We played against a lot of bigger countries with players at big clubs. The group we have here, it doesn’t seem to faze us much.”