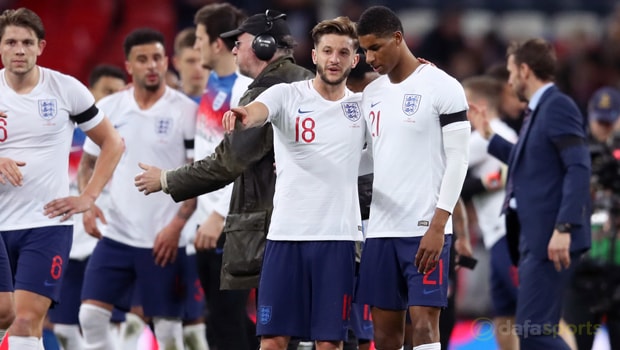 Ashley Young is confident that Marcus Rashford is going to have a positive impact on England’s fortunes at the World Cup this summer.

The pair are team-mates at Manchester United and have been included in Gareth Southgate’s squad that will head to Russia next month.

Rashford, 20, is more than capable of a positive impact on the Three Lions squad according to Young.

“It’s the World Cup and it could be his stage to show everybody how far he’s come since his debut,” he said. “He produces at United and will be a major player for us at the World Cup.”

Rashford became the youngest English player to score on his international debut in 2016 and has also become a staple in the England set-up under Southgate during qualifying for the World Cup.

Young is an elder statesman in the England travelling party, the third-youngest squad the Three Lions have sent to a World Cup.

Only Young, Chelsea defender Gary Cahill and Leicester striker Jamie Vardy are over 30 in England’s squad and he feels Rashford is a player that thrives on big stages.

“I’ve said it from the time I saw him in the youth team – he’s got a massive future ahead of him. He’s a fantastic player and if he keeps going the way he is, he’ll set the world alight.

“If you look at the goals he has scored on how many different debuts, it just shows he steps up in the big games.”

Rashford is 9.00 to be England’s leading scorer at the World Cup in Russia, while Harry Kane is 2.20.