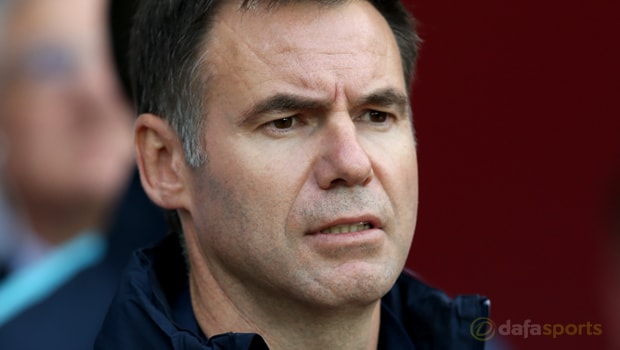 Australia assistant coach Ante Milicic admits he has been impressed by the squad after their first week of training ahead of the World Cup in Russia.

The Socceroos have been training at their pre-World Cup camp in Turkey as they prepare to do battle in Group C.

Australia will take on Denmark, France and Peru this summer and they have started their camp with just Tomi Juric injured.

Juric has battled a knee injury but the players will take Sunday off before regrouping on Monday.

Milicic insists the players have set a frantic pace in training and he admits he has also been impressed by Croatian-born Fran Karacic.

He told the Socceroos official website: “He’s young, 22 years old, played for the Croatian youth teams and is one Bert felt was worth bringing into camp so Bert and his staff can have a look at him in front of their own eyes every day.

“Training has gone probably how I expected it to go, with such a major tournament with players fighting for positions in the final squad means it’s been very intense.

“At the same time, if you look at the physical aspect and the tactical work we’ve done, it’s been a great week to start with and it’s given us a platform to build forward with.

“There’s two players who have a bit of a pinch – Juric has had an issue with his knee – but they’re in capable hands.

“This medical staff know the players’ bodies better than anyone and with the free day tomorrow, with the work we’ve done it gives them the chance to have the treatment they need to be available for training at the start of next week.”

France remain favourites to win the Group but a France/Australia dual forecast can be backed at odds of 5.00.