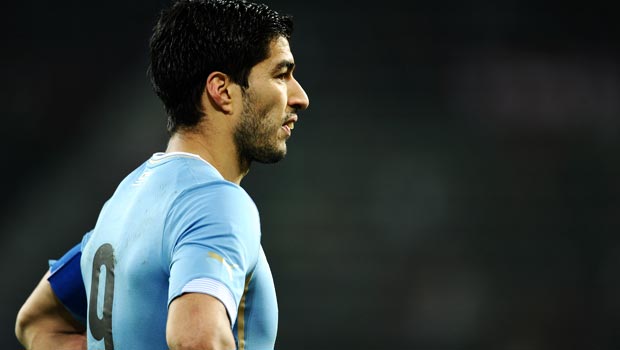 Luis Suarez says he has put the disappointment of Liverpool’s failed Premier League title bid behind him and is now staying focused on the World Cup.

Suarez set the English top-flight alight with 31 goals in an outstanding season, but it was still not enough to win the title, with Manchester City taking the honours.

Suarez was seen crying on the pitch after Liverpool threw away a 3-0 lead to draw 3-3 with Crystal Palace, but he is now in better spirits and is looking forward to representing his country in Brazil.

“I am already focused on the World Cup,” he said. “I had a great season with Liverpool but other feelings don’t matter now.”

Uruguay are 24.00 to cause a big upset and win the World Cup, but when asked who his favourites for the tournament are, Suarez said Argentina are the team to beat.

Brazil are 3.60 favourites to win it in their own backyard but Argentina are 5.50 and Suarez believes they could go all the way.

When asked who he was expecting to challenge for the trophy, Suarez replied: “Argentina, because they have great players and they arrive in a good moment, but we can’t ignore Uruguay, Spain, England or Germany, because a World Cup is a competition in which everyone wants to have success.”

Suarez also dismissed speculation linking him with Real Madrid and said there was no clause in his contract which would allow him to move to the Bernabeu.

The prolific striker has also been linked with Barcelona, but has also played down talk of a move to the Camp Nou.