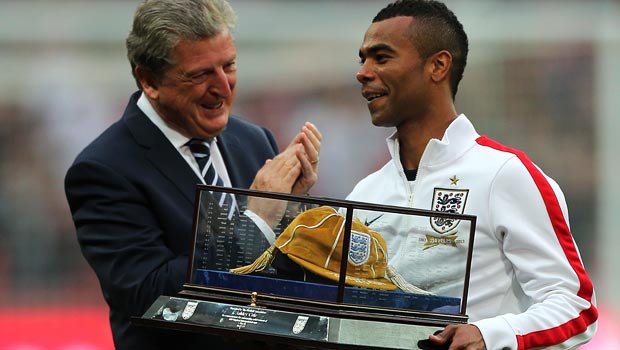 Chelsea defender Ashley Cole has retired from international football after being left out of England’s World Cup squad.

The 33-year-old left-back called time on his England career following a phone call from head coach Roy Hodgson to inform him that he would not be included in the 23-man squad announced on Monday afternoon.

Cole earned the last of his 107 caps against Denmark in March and played at three World Cups under Sven-Goran Eriksson and Fabio Capello.

Southampton star Luke Shaw, 18, will be the understudy to first-choice left-back Leighton Baines in Brazil, where England will meet Italy, Uruguay and Costa Rica in the group stage.

England are the 3.00 underdogs to beat Italy in their opening Group D match in Manaus with the Azzurri 2.46 favourites and the draw available at 2.96 in the 1X2 betting.

Cole went to the 2008 European Championships with Hodgson and says that he will be supporting the manager and players “like a true fan” during the tournament.

“We have a great manager and team and I wish them only success. I will be supporting them like a true fan. Thanks to everyone for everything,” Cole added on Twitter.

“Leighton Baines and Shaw are great players, proved this season, and are the future of this country, it was a pleasure to get 107 caps.

“Like me or not, trust me it’s hurt me to stop playing for my country proud and honoured.”

Hodgson said leaving Cole out of his squad for Brazil was “one of the hardest decisions of my career”.