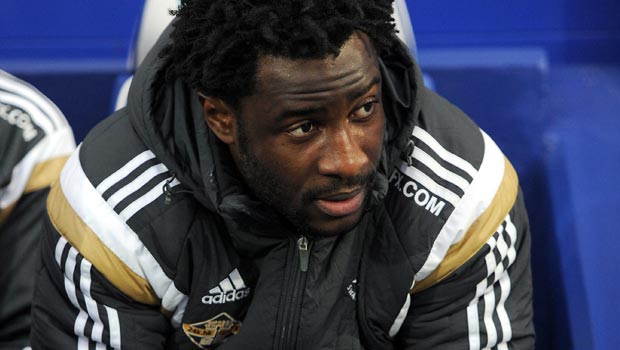 The agent of Swansea striker Wilfried Bony says a deal to join Manchester City could be completed “in a few days”.

The 26-year-old striker has been widely linked with a £30million move to Man City following reports in the British press earlier in the week.

It is now believed a deal could be closer to £25m but if Bony’s agent is to be believed, all will be revealed in the near future.

Despite the player leaving for the Africa Cup of Nations to represent Ivory Coast, agent Francis Kacou expects his client to sign for the Premier League champions in the coming days.

“Talks are going on but we hope that something will happen soon,” Kacou told Sky Sports News. “It looks like it’s going to happen. There are rumours about other clubs but at the moment it is just City.”

Kacou revealed both parties are in negotiations over Bony’s asking price but he does not expect talks to break down at any stage.

“It’s about small details, about money,” he said. “But I think it will be done in a few days.”

Bony has made a name for himself as a prolific striker in the Premier League since arriving from Vitesse Arnhem for £12million in July 2013, scoring 26 goals in 54 league appearances for the Swans.

He told Sky Sports News he has not yet undergone a medical ahead of his proposed move to Man City but admitted he is looking forward to playing Champions League football.

“It’s good to hear [City are interested]. Every player wants to play in the Champions League,” said Bony.

“The discussions are going on, we don’t know what’s happened, now I just focus on the national team.”