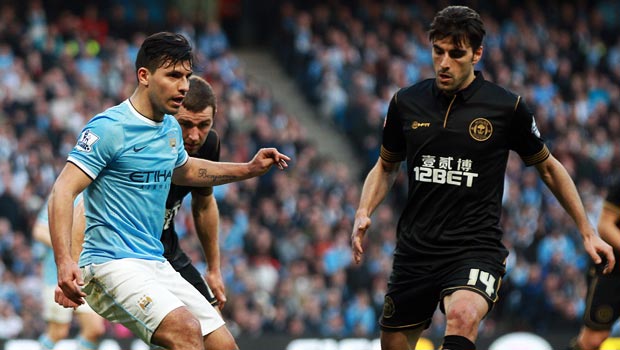 Wigan Athletic remain on course for another tilt at the Europa League after Sunday’s shock FA Cup victory over Manchester City.

Few would have anticipated the outcome of the FA Cup quarter-final meeting between last season’s finalists but, once again, Wigan pulled it off.

In truth they deserved to set up a semi-final meeting with Arsenal after bossing most of the game, indeed it was only in the last 10 minutes that City woke up and mounted any sort of a threat.

Up to that point Uwe Rosler’s side had controlled the tempo with some slick passing and fully deserved to go ahead, albeit from a Jordi Gomez penalty on 26 minutes after Fortune was brought down by Demichelis.

And just two minutes into the second half the Latics extended their lead when James Perch slid home from close range, and despite Nasri pulling one back on 68 minutes, they managed to hang on to reach the last four.

“I tried to replicate parts of it but bringing our own intensity in terms of our pressing, our counter-attacking and the willingness to attack with wing-backs at the far post – like the second goal.

I felt if we sat back and just tried to defend and just hoping for the best we would have no chance.”

Wigan will now face Arsenal in the semi-final, while the other last-four tie is between Hull, who cruised past Sunderland 3-0, and League One outfit Sheffield United who beat Championship opponents Charlton 2-0.

So Wigan may yet enjoy the unlikely scenario of enjoying Europa League football for a second successive season if they can get past the Gunners on the weekend of April 12/13.