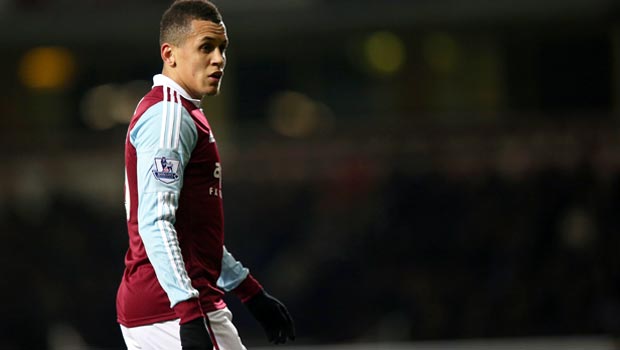 West Ham midfielder Ravel Morrison needs to “knuckle down” and focus this season if he is going to establish himself as a key member of the squad, according to boss Sam Allardyce.

Morrison joined West Ham, who are 7.00 to be relegated, from Manchester United in 2012 for an undisclosed fee after struggling to settle under former Red Devils boss Sir Alex Ferguson.

The midfielder was described as a top talent by Ferguson, however his alleged poor attitude and lack of discipline have halted his development.

The 21-year-old has shown glimpses of his ability with West Ham but after starting the 2013-14 season in good form he tailed off and spent time out on loan away from Upton Park.

QPR boss Harry Redknapp jumped at the opportunity to take the midfielder on loan for the second half of the last campaign as Rangers looked to earn immediate promotion back to the Premier League.

The England Under-21 international netted six times in 15 games and Hammers boss Allardyce is now hoping that he can carry his momentum through into the new season.

Allardyce insists he can play a huge role in helping the east London outfit improve on last season’s finish and hopes that he has matured from his experiences.

Allardyce said: “We thought we’d brought Ravel to the forefront of his abilities this time last season.

“He had a fantastic pre-season and started the season very well. That drifted away a bit and he ended up at QPR, helping them get promoted.

“If he gets back to knuckling down, and getting used to the discipline side of the game, then his talents are outstanding.”