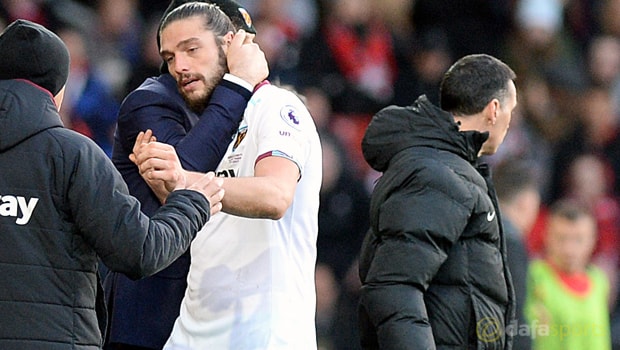 West Ham manager Slaven Bilic says Andy Carroll’s track record with injuries means he is content to be patient with the striker.

Carroll has sat out training this week as a precaution and is rated doubtful for the weekend clash with West Brom at the London Stadium.

Bilic, however, has been talking up Carroll’s recent good health, and says he is not concerned by his latest problem.

“This is the only week he didn’t train with us basically since he came back from injury that ruled him out for a long time,” said the West Ham boss.

“He trained 80-90 per cent of the sessions with us and for me that is the key. Of course you have to find a balance for every player, especially for him who has had a history of injuries but the players have to train to maintain fitness and to prevent injuries.”

Fitness has long been an issue for 28-year-old Carroll, who joined West Ham from Liverpool on loan in 2012 before making the move permanent a year later.

The striker, who has nine England caps, has found his time in London blighted by injury but Bilic doesn’t believe his latest issue to be serious.

If the player is match fit and he trained for three or four weeks and played three or four games and he feels something, there is no harm if he rests, even the whole week, and with Andy that is the case,”he added.