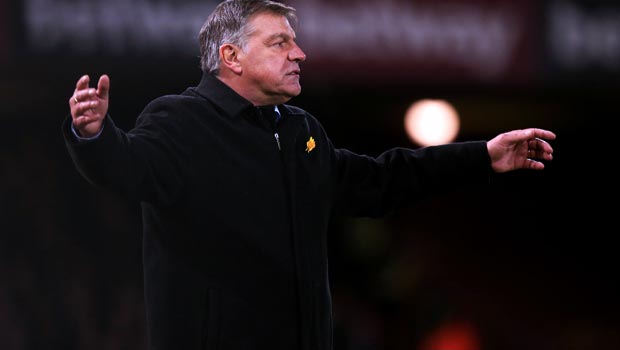 West Ham manager Sam Allardyce believes having a week off last weekend could benefit his side in Saturday’s trip to London rivals Arsenal.

The Hammers were not in action last weekend after being knocked out of the FA Cup by West Brom and enjoyed a trip to Dubai for some warm weather training.

Arsenal, on the other hand, faced a Monday night trip to Manchester United where they ran out 2-1 winners thanks to a Denny Welbeck winner.

Fatigue could be a factor at the Emirates Stadium with teams entering the final 10 games of the season but Allardyce is hoping his side will be rejuvenated by their recent break.

“Hopefully the little bit of rest physically and mentally will help us win more games in the last ten,” the West Ham boss told a pre-match press conference.

“I’ve been doing it for ten years and the stats say we should have a break as it reduces the risk of injuries in the New Year.

“We’ve gone to Arsenal a couple of times and got in front, but unfortunately the leads haven’t lasted very long. All we can hope is that we produce the level of performance we did against Chelsea and hope that is good enough.”

The flailing Hammers could be without Enner Valencia in north London however, with the Ecuador international nursing a toe injury.

“Enner has had an accident at home and has cut his big toe quite severely on a broken cup. It has been stitched,” added Allardyce.

“We’re not sure if he will be considered for this game. It was a freak accident.”

West Ham have dropped to 10th in the table after a run of one win in 11 Premier League games and are 6.44 to claim all three points this weekend, while Arsenal are priced at 1.43 and a draw is 4.64.