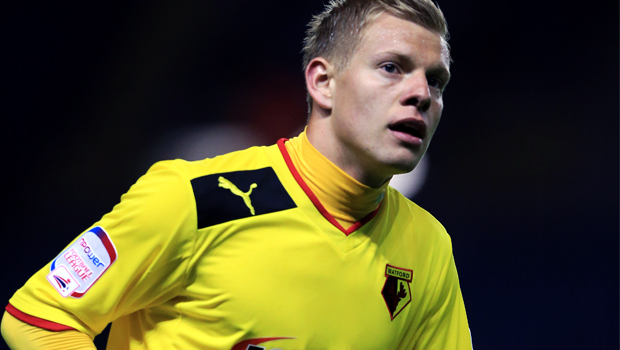 West Bromich Albion boss Steve Clarke is confident Matej Vydra will thrive in top flight after he put pen to paper on a season-long loan from Udinese.

The Czech Republic international sealed a temporary move to the Hawthorns on Tuesday and returns to England with a burgeoning reputation after hitting 22 goals for Championship side Watford last season, winning the division’s Player of the Year award and almost guiding the Hornets into the Premier League.

They had been keen to snap up the 21-year-old once more but West Brom’s Premier League status saw them nudge ahead in the race to sign the talented forward.

Clarke says he has no doubt the Czech Republic international will be able to make the step-up to the Premier League after his success in the Championship last year.

“I’m delighted to welcome Matej to the club,” he told the club’s official website.

“He had a really good year with Watford and we believe he’s got the qualities to score goals at a higher level. Hopefully, he’ll show that this year with us.

“We had Matej watched throughout last season. As well as some excellent scouting reports, we had some really good feedback from within Watford about Matej as both a player and person.

“I’ve said previously we’re a bit light in the forward areas and Matej will increase competition for places. He’s another good quality striker to add to the other three senior forwards we have here.”

He now joins veteran striker Nicholas Anelka in a new look Baggies forward line and is in contention to start their Premier League opener against Southampton on Saturday.

His arrival at West Brom will disappoint both West Ham and Sunderland who had also tried to lure the player to their respective clubs.