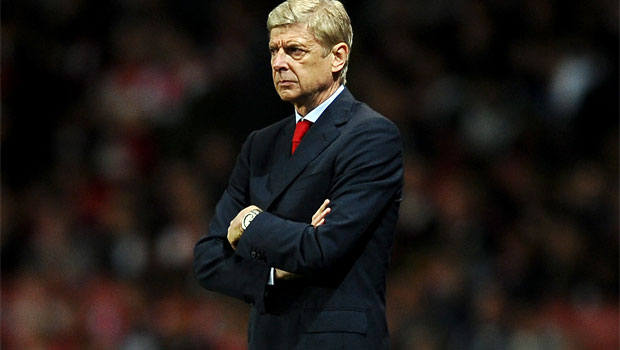 Arsenal boss Arsene Wenger called on his players to bounce back from their 2-0 Capital One Cup exit at the hands of Chelsea by defeating Liverpool in Saturday’s Premier League clash.

The French tactician watched as goals from Cesar Azpilicueta and Juan Mata booked their London rivals a place in the quarter-finals of the tournament and extended his winless run against Blues boss Jose Mourinho to nine matches.

More worryingly for Wenger it was the first time Arsenal have slipped to back-to-back home defeats since February as this loss came on the back of last week’s 2-1 Champions League reverse against Borussia Dortmund.

Therefore Wenger is desperate to ensure that the Reds do not make it three defeats when the two early season high-flyers meet in the late encounter at the weekend.

Brendan Rodgers’ third-placed side could replace the Gunners at the top of the table with a victory so Wenger knows it is important not to lose.

He said: “We know the games. We have to respond well against Liverpool.

“We are in a strong position in the league and have a good opportunity at home, and we have to turn this round.

“Away from home we are very solid, but at home you know it’s important and vital to win the big games.”

Wenger also hit out at suggestions that his side always struggle when they go up against other top teams.

He added: “Let’s not reach a conclusion too quickly.

“I think if you take the points we have since January 1, it’s more than everybody else.

“I believe that, over a longer distance, you’ll see more of the quality of the team than in the last two games.”