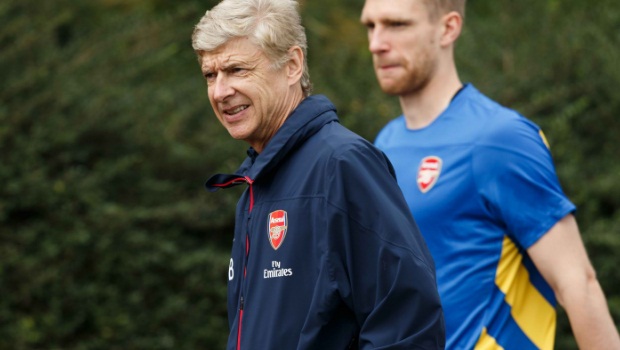 Arsene Wenger believes the competition for places in his Arsenal side is the key reason for their recent impressive form.

The Gunners started the season with a shocking 3-1 home defeat to Aston Villa and after not buying a single player during the summer months, some of the Emirates faithful had started to call for his head.

However, the Frenchman pulled off a major coup on the final day of the transfer window as he signed German international Mesut Ozil for a club record fee £42.5m.

Arsenal are currently unbeaten since that game against Villa, a run that has seen them move to the top of the table, and they will fancy their chances of extending their streak when they face West Brom at the Hawthorns on Sunday.

Whereas his squad previously appeared bereft of quality in certain areas, the form of the likes of Aaron Ramsey and Olivier Giroud means they now look like genuine title contenders.

With the likes of Alex Oxlade-Chamberlain, Lukas Podolski and Santi Cazorla all to come back, things are looking extremely good for the North Londoners and Wenger admits that he is finding it difficult to keep all his players happy.

“Honestly I know I cannot keep everyone happy. But to make unpopular decisions is part of my job,” the Frenchman said. “No matter what happens you have 25 players and only the 11 players who start the game are happy. That’s part of our job as well to cope with it.

“That’s part big clubs today, having big players on the bench. On one side people want you to have good players, on the other side that means you cannot give any guarantee to anybody.”