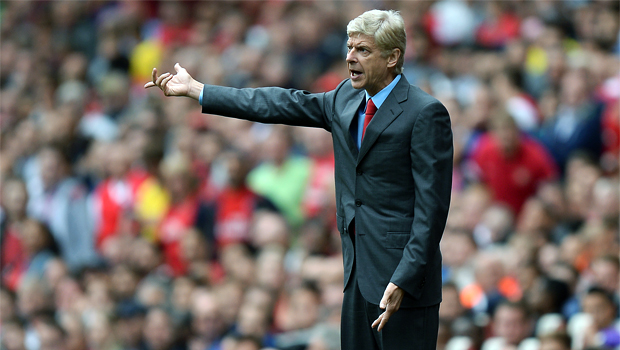 Arsene Wenger apologised to Arsenal supporters after his side lost 3-1 at home to Aston Villa on the opening day of the Premier League season.

Wenger has traditionally been one of the quieter managers in the transfer window and has often looked to utilise young players who are coming through the academy, or snapped up bargains to strengthen his squad.

The Frenchman vowed to break with tradition this year and spend big over the summer to try and take full advantage of the upheaval at the other three sides who finished last term in the top four.

Chelsea, Manchester United and Manchester City have all seen new managers take over and that lack of stability was expected to play into the hands of the Gunners and Wenger.

However, going into the first fixture of the campaign at the Emirates on Saturday the former Monaco boss has only singed one fresh face, Yaya Sanogo – a 20-year-old free transfer from Auxerre.

The north London club led early in the match through Olivier Giroud, but a brace from Christian Benteke and a late break away from new boy Antonio Luna handed the Villains a 3-1 win and all three points.

The 62-year-old has been linked with a number of high-profile players over the summer, Gonzalo Higuan, Stevan Jovetic and Luiz Gustavo, but all decided to join other clubs around Europe.

Wenger insists that he will not rest until he completes some business in the transfer market and he believes that he can acquire some extra quality before the window closes at 23:00 on September 2.

Wenger said: “What hurts me is to disappoint people who love the club.