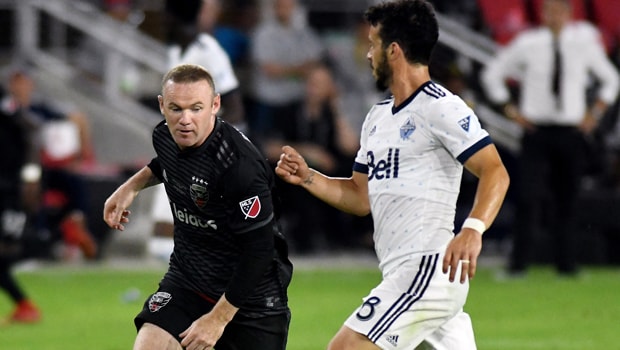 Former England international Wayne Rooney says he didn’t want to be “dead weight” at Everton and this was why he decided to make the switch to DC United this summer.

However, with new manager Marco Silva taking charge at Goodison Park this summer, the 32-year-old forward, who can also play in a deeper midfield role, was told the club were willing to listen to offers for his services.

With the Croxteth-born star’s career entering the final years, playing regular football is an absolute must and he was unwilling to sit on the bench at Everton next season.

Rooney made the switch the DC United and came off the bench to make his debut for the MLS side at the weekend, playing a part in two goals as his new side beat Vancouver Whitecaps 3-1.

England’s record goalscorer has spoken about how the move to America came about and how he refused to be pushed down the pecking order on Merseyside.

He told BBC Sport: “Everton made it clear if there was an offer there, they would be happy for me to go.

I understand they have brought a new manager in, got new staff, they obviously want to bring in players that the manager wants.

“I said to them if that is what you want, I am not going to hang around and be a dead weight. I will go somewhere else and play.”

DC are in action on Saturday when they travel to Atlanta United and the visitors are 6.50 outsiders to win, a draw is priced at 5.00 whilst the hosts are 1.36 favourites.