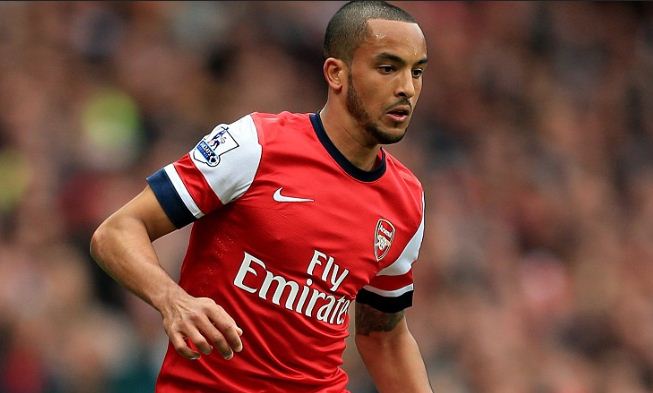 Theo Walcott believes Arsenal can end their trophy drought and land the Premier League title in the 2013-14 campaign.

The Gunners’ last league crown came in 2004 and the north Londoners are without a trophy since the FA Cup in 2005.

Arsenal finished fourth in the Premier League last season, 16 points adrift of champions Manchester United, but Walcott feels their end-of-season form suggests they can battle for the title in the coming campaign.

United, Manchester City and Chelsea, the three sides who finished ahead of the Gunners last term, have all changed managers since the 2012-13 season came to a close and Walcott feels it could hand his side a boost in their bid for domestic glory.

“The teams that finished above us have changed their managers,” he told the club’s official website. “We’ve still got ours. We need to step up… I think we’ve got a very good chance of challenging this season.

“It’s always going to be tough. Every game in the Premier League is very tough and very interesting. It always comes down to the last few games. So we need to believe in ourselves.

“The way we ended the season last year, 11 games undefeated – we need to do it from the start, which I believe we can.

“The manager shows so much belief in us in every single game so we need to step up and I think we’ve got a very good chance of challenging this season.”

Arsenal boss Arsene Wenger has been accused of not being active, or ambitious enough, in the summer transfer market in the past but that does not seem to be the case this year.

The Gunners have failed with a £30million move for Liverpool’s Luis Suarez and have also been linked with former star Cesc Fabregas, want-away Manchester United striker Wayne Rooney and Real Madrid’s Gonzalo Higuain.

To date, Arsenal have landed just one new face ahead of the coming season, 20-year-old striker Yaya Sanogo, but Walcott expects more arrivals and insists the current squad is strong enough to compete with the best in the division.

He added: “Time will tell if players come in or not but we just work with the squad we’ve got at the moment. Come the start of the season, there could be changes. We know it’s a very long campaign but we’re all very excited about our prospects.”