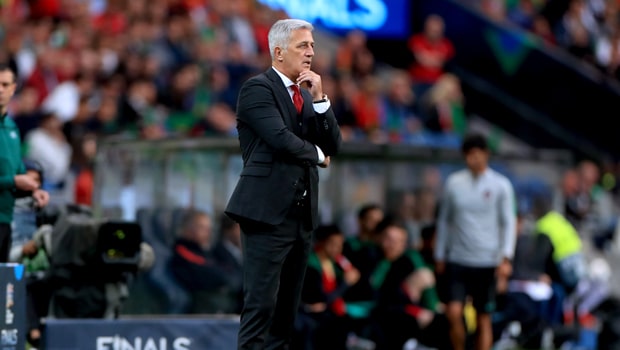 Switzerland coach Vladimir Petkovic believes Portugal are the favourites to win the inaugural UEFA Nations League this week although he is not ruling out his side’s chances of causing a surprise.

The Swiss will take on the hosts and European champions in the semi-finals of the Nations League on Wednesday night, with the winner going through to face either England or the Netherlands in Sunday’s final.

Switzerland have never made it through to the final of a major international tournament, while Portugal won their first piece of silverware by beating France in the final of Euro 2016.

Petkovic certainly makes Portugal, who can count the likes of Cristiano Ronaldo and rising star Joao Felix in their ranks, the favourites to go on and claim overall glory in the Nations League, but also insists Switzerland have a chance.

“Portugal have the pedigree but so many times we’ve shown, and football has shown, that nothing is impossible,” the 55-year-old told reporters.

“Portugal are certainly favourites, not just in this game, but for the tournament as a whole. They’re at home and are European champions.

“Maybe now Switzerland just need that final stamp, which we can fight for and earn against the top sides, by winning a tournament like this one.”

Switzerland have won two of their last three meetings with Portugal and are priced at 5.50 to claim another victory within the regulation 90 minutes at the Estadio do Dragao on Wednesday, while the hosts are available 1.67. The draw is on offer at 3.60.