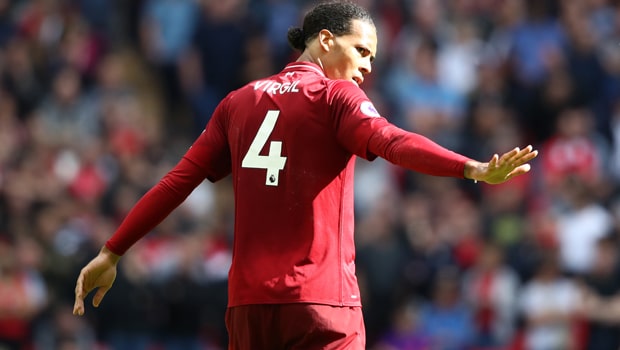 Virgil van Dijk fired the Netherlands into next year’s Nations League semi-finals in Portugal on Tuesday but then insisted the team’s priority is to qualify for Euro 2020.

The 27-year-old Liverpool central defender struck a last-gasp equaliser for Ronald Koeman’s side as they came back from 2-0 down to snatch a 2-2 draw against Germany at the Veltins Arena in Gelsenkirchen on Tuesday night.

Timo Werner and Leroy Sane had given the Germans a 2-0 lead after 19 minutes before winger Quincy Promes pulled one back for the Dutch on 85 minutes and then captain Van Dijk grabbed the leveller in stoppage time.

The result means the Netherlands win Group A1 in the Nations League ahead of world champions France and the relegated Germans, progressing into next year’s finals alongside England, Switzerland and hosts Portugal.

It represents a great chance for the team to make up for their failure to qualify for both Euro 2016 and this past summer’s World Cup in Russia by lifting silverware next June.

But Van Dijk is adamant that qualifying for the next European Championship in two years’ time is the main focus for the players.

“It’s a fantastic feeling. We should all be proud of ourselves. I know I am,” he told UEFA.com.

“It’s just a great feeling for all of us. “We worked so hard every game and to get rewards for that is fantastic. “Hopefully [the future] holds a lot but we don’t like to look too far ahead. We want to qualify for Euro 2020, that’s the main target.

“If we can win the Nations League, fantastic, but we all want to make sure we’re at the European Championship and do very well there to make our country proud.”

The Netherlands are 4.00 to win the inaugural Nations League title, while England are 2.80, Portugal are 3.00 and Switzerland are priced at 5.25.