Posted by Vincent Henderson on November 21, 2018 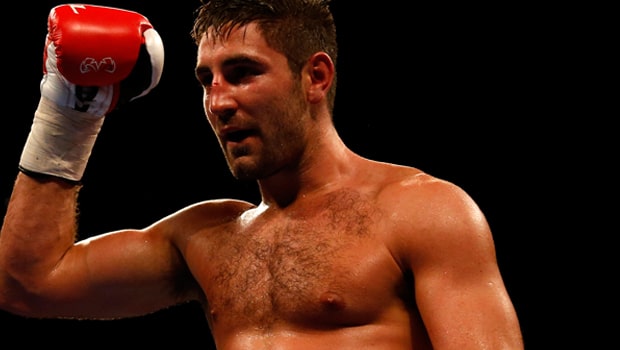 British light-heavyweight Frank Buglioni insists he is ready to put on a show against unbeaten southpaw Fanlong Men when the pair meet in Monte Carlo this weekend.

The 29-year-old needs a solid performance if he is to get his career back on track after defeat to Callum Johnson earlier this year.

Buglioni was stunned and stopped early in the contest back in March and Johnson has since gone on to fight for world titles.

Buglioni has been working with James DeGale during his camp and he believes the experience from that will help him win the IBF Inter-Continental light-heavyweight title at the Casino de Monte-Carlo.

“I’ve done a fair bit of work with James, he’s on good form and we had a great, technical spar,” he told Sky Sports’ Toe 2 Toe podcast.

“DeGale is not as big as Meng but is certainly more experienced. He was Olympic champion, so a standout amateur and a world champion who’s been in with some great names. Meng is not tested yet and didn’t medal at the Olympics.

“I’ve grown up sparring southpaws, especially coming up through Repton Boxing Club. The first person to introduce me to boxing was a southpaw and he taught me all the ins and outs of the stance and how to get around it.

“We’ve bought in a massive selection of top quality fighters and I’ve trained to the best of my ability.

I fight well against the stance and this fight gives me a nice test to see where I’m at and to show the boxing public where I can go.”

This weekend’s card is the final big event in November before fight fans turn their attention to Deontay Wilder’s clash with Tyson Fury. Wilder remains 1.61 favourite, with Fury the 2.38 outsider.