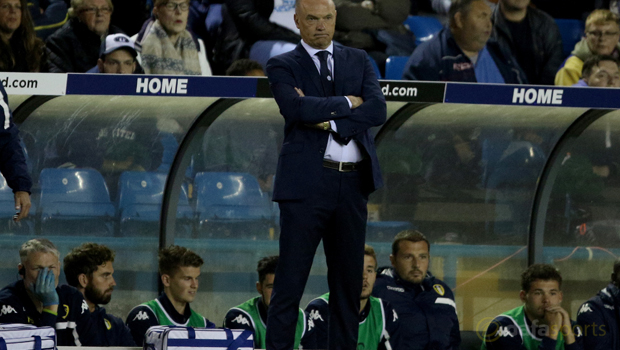 The German arrived at Elland Road in the summer after the decision by owner Massimo Cellino to move Neil Redfearn aside and was charged with the task of turning the Whites’ exciting young squad into promotion contenders.

However, despite some encouraging performances, they currently sit 18th in the Championship standings and have yet to win on home soil.

The club have now confirmed the 46-year-old has left his job after just 12 competitive games, in the process becoming the fifth managerial casualty since the controversial Cellino took over in April 2014.

Rosler’s assistant Rob Kelly and first-team coach Julian Darby have also been placed on gardening leave, with a decision on their futures’
likely to be made when the new manager comes in.

Following the announcement on Monday morning, Cellino released a statement praising the departing coach and has wished him well for the future.

Cellino said: “I would like to thank Uwe for the effort and commitment he showed during his time here. He was incredibly professional throughout and we had a strong working relationship.

“Unfortunately, results didn’t work out for him here and we are now looking elsewhere. Uwe leaves on good terms and everybody at Leeds United wishes him well for the future.”

Recently sacked Rotherham boss Steve Evans is believed to be in line to be appointed having reportedly been in charge of training at Thorp Arch on Monday.

Evans’ first match could be Wednesday’s trip to Fulham, a game the Whites are available at 3.50 to win, with the draw also at 3.50 while the Cottagers have been installed as the 2.10 favourites.