Posted by Akinnifesi Olumide on September 26, 2022 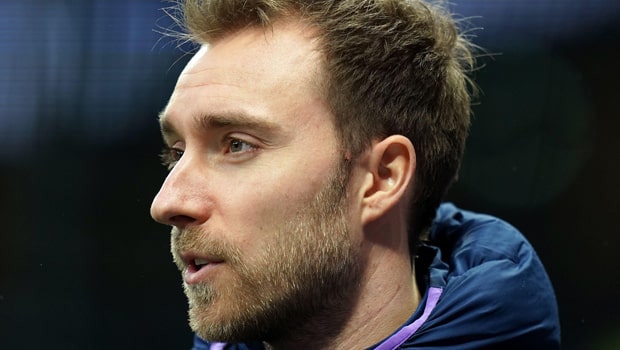 Denmark o Sunday ended France’s momentum from their win over Austria by securing a 2-0 win in the UEFA Nations League clash.
Les Bleus deservedly lost the game; they turned in a flat, uninspired performance.

Their defeat could also be down to heavy rotation in the lineup as they could not deal with the likes of an in-form Christian Eriksen and Andreas Skov Olsen. Pundits noted that France lost the game due to an inexperienced defence.

Although the world champions produced a positive first twenty minutes before a defensive shipwreck, Les Bleus’ inexperienced back three could not deal with the hosts’ dynamic combinations.
Former Nice striker Kasper Dolberg beat Alphonse Areola at his front post to score the opener after getting on the end of a Skov Olsen cross.

Olsen later doubled the lead on the volley after France were yet again unable to negotiate a set piece situation.
The host held on to their lead as there was scarcely any improvement at the start of the second half. They even continued to press relentlessly and catch France out.

Since Croatia beat Austria in the group’s other game, Les Bleus have avoided relegation by the skin of their teeth. They have won only once across the Nations League campaign.

They were will be a need for drastic changes before they face the Danes again in Qatar in two months.
Meanwhile, Olivier Giroud is unsure of his future in the team. The AC Milan striker expressed his concern while speaking to Téléfoot before the match against Denmark.

While noting that Didier Deschamps had said there would be some changes in the team without being explicit, the AC Milan forward said such is frustrating, admitting that what matters is what happens on the field.
“I’m focused on what I have to do, and then the manager will decide,” he added.