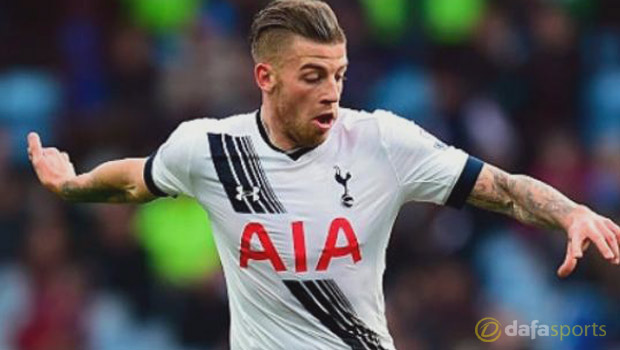 Tottenham defender Toby Alderweireld insists his side are still confident they can leapfrog Leicester City and win the Premier League title.

Spurs, who are 3.50 to win the league, are still five points behind the Foxes with seven games to go although they are still hoping to win their first league title since 1961.

“We are confident in our team, if we keep working hard and at the same level we have been we can beat any team,” Alderweireld told Sky Sports News HQ.

Alderweireld has been a key figure at the back for Spurs throughout the campaign, with many claiming he has been the best defender this year.

However, the Belgian insists he is just focused on his club’s fortunes rather than personal accolades.

“I’m enjoying this season. It’s wonderful at Spurs and I’m really happy, so I’m just trying to keep my level until the end of the season,” he added.

“It’s their right to say it but I don’t feel that way. I’m just trying to help the team and do my best. I don’t like to talk about myself, other people are paid to do that. I try to do my best on the pitch and that’s it.”