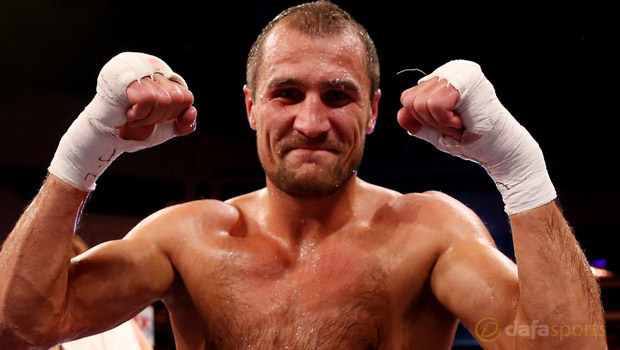 American fighter Andre Ward insists he is now gunning for light-heavyweight king Sergey Kovalev after easing to a win over Sullivan Barrera on Saturday night.

Ward fought for the first time in nine months and proved too strong for his opponent as he won on points in Oakland.

He was last in action against Britain’s Paul Smith but there were no sign of any rustiness at the Oracle Arena.

Ward put down Sullivan in the third round before having a point deducted in the eighth, but he was still well in front when the verdict was announced.

The 32-year-old, who had fought just three times since he beat Carl Froch in 2011, proved he is still one of the best fighters on the planet.

His inch-perfect jab put him in total control and as Sullivan tired he moved into total command in front of his home crowd.

Kovalev, the current IBF, WBA and WBO champion, has already admitted he wants the fight, with fellow world champion Adonis Stevenson also in the mix.

Ward told WBO: “Sergey Kovalev is a great champion – he’s the man at light-heavyweight. It’s not a matter of ‘if’ just ‘when’.

“I’ve been focusing on Sullivan Barrera, I couldn’t think about anything else. There is no second fight, there is no shot at the title if I didn’t handle business tonight, so now I can focus on that.”