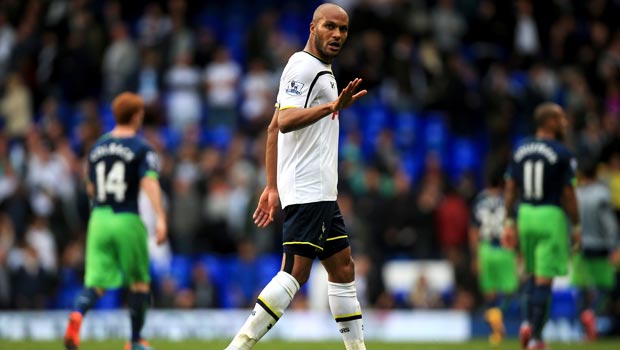 Tottenham Hotspur captain Younes Kaboul has hit out at his team after a second-half meltdown in Sunday’s 2-1 home defeat to struggling Newcastle United.

Spurs led at half time at White Hart Lane and looked in command but conceded an equaliser from substitute Sammy Ameobi just six seconds into the second half.

Magpies striker Ayoze Perez then scored a winner on his full league debut to condemn Spurs to back-to-back league defeats for the first time since March.

The result leaves Spurs boss Mauricio Pochettino under pressure in north London and Kaboul says the team must show more courage when defending a lead.

“When you concede a goal straight after coming back on the pitch, you need to reply immediately,” he said. “You need to send a big signal:
‘Okay, you scored, but now we’re going to reply’.

However the French defender is refusing to write off Spurs’ hopes of qualifying for the Champions League this season, insisting there is plenty of time to turn their form around.

“Of course we want to [qualify for it] but the most important thing for us this season is to finish as high as we can,” Kaboul added.

Next up in the Premier League for Kaboul and his team-mates is a trip to Aston Villa this Sunday.