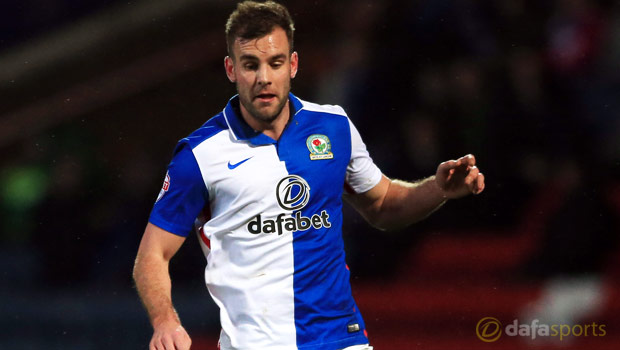 Blackburn Rovers defender Tommy Spurr claims the players have now bought into boss Paul Lambert’s high-tempo philosophy and their performances are reflecting that.

The former Norwich and Aston Villa boss was drafted in as Gary Bowyer’s replacement in the Ewood Park hot-seat back in November and he has been gradually trying to get the team playing in his favoured style.

Spurr admitted some of the squad found training difficult at first as Lambert looked to move the fitness levels up another couple of gears.

However with the benefit of playing under the Scot for four-and-a-half months, there is now clear evidence that the hard work is paying off as Spurr pointed to the recent 1-0 win at Brentford when the side had to play the majority of the second half with 10 men following captain Grant Hanley’s red card.

The January transfer window also enabled Lambert to further shape his squad by bringing in several players, including Elliott Ward, Danny Graham, Tony Watt and Jordi Gomez, and since then Rovers have claimed 16 points from a possible 33.

But looking ahead to Saturday’s derby visit of Preston North End, Spurr feels things will only continue to improve.

He told the Lancashire Telegraph: “I think the lads that have come in have made a big difference and gave everyone a lift.
“There’s been a lot of changes in the way we have been asked to play by the gaffer.
“He’s getting his points across and everyone is understanding it and buying into it.”

Spurr added: “There are spells when you’ve got your heart rate monitor on and everyone’s is through the roof!
“But playing and training at that level can only be better for us and I think you’ve seen that in a lot of games recently.”